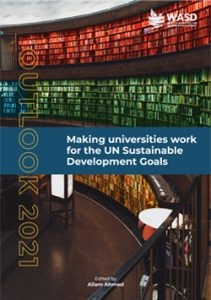 Purpose: This paper seeks to evaluate the gender wage gap in St. Lucia. It also attempts to highlight any rigidities and peculiarities within the country’s labour market, which could in turn aid in the design of effective policies to reduce gender inequality in the country.
Design/methodology/approach: The study utilises Blinder-Oaxaca decomposition and data from the 2016 Saint Lucian Survey of Living Conditions Household Budgetary Survey to estimate the gender-wage gap.
Findings: The results suggest that men earn significantly more than equally qualified women, and that the gender-wage gap in St. Lucia cannot be sufficiently explained by differences in the characteristics of workers. Also, self-selection into the labour force increases gender gaps exponentially. The results suggest that if all women participated in the labour force, the gap moves from 27 percent to 69 percent.
Originality/value: In every region of the world, women are not afforded the same equal rights or opportunities as men.  But, in spite of gender inequality being a global issue, most studies to date tend to focus on developed countries. By focusing on the case of a small island developing state in the Caribbean – Saint Lucia – this study adds to the body of knowledge of gender inequality in countries outside of the West.
Keywords: Gender Wage Gap, Gender Inequality, Blinder-Oaxaca Decomposition, Selection, Saint Lucia, Caribbean.