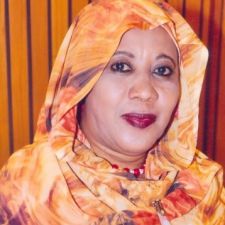 Purpose: The purpose of this study was to determine the meat chemical composition, meat quality attributes and the sensory attributes of the guinea fowl cuts.
Design/methodology/approach: Five diets designated as A (20.5 per cent CP, 2990 kcal ME), B (high protein 26 per cent high energy (3150 kcal), C (high protein 26 per cent: low energy 2800 kcal), D (low protein 16 per cent: high energy 3150 kcal) and E (low protein 15 per cent: low energy 2750 kcal) were used for feeding five groups of guinea fowl keets. Group (A) served as the control ration.
Finding: Meat chemical composition and meat quality attributes were reported. Meat quality parameters of selected cuts were not significantly (P>0.05) similar in colour. Water holding capacity of group B (1.537±1.03) and E (2.22±0.10) were not significantly (P>0.05) higher than the control and test groups, while water holding capacity of group C (0.88±0.11) was the lowest (P>0.05). Cooking loss in group D (22.85±3.28) was significantly (P<0.01) higher than the other test groups. Shear force in groups D (3.009±0.1) and E (3.57±0.32) were not significantly (P>0.05) higher than the control and the test groups. There were also non-significant (P>0.05) differences in the sensory evaluation among the control and test groups.
Originality/value: Guinea fowl can be managed for a fair level of meat production under feeding up to energy and protein requirements. Nutritionally, guinea fowl meat is proving to be a potential competitor in the meat industry; it is rich in crude protein and is classified as white meat. The findings of this study indicate that the crude protein values of guinea fowl ranged between 87.42±3.16 - 83.04±1.58. These findings are in agreement with the results of Ayorinde (2004) and Sharma and Singh (2006), who reported that guinea fowl contain higher protein (80-87 per cent), more essential amino acids, and lower cholesterol contents than broilers. The findings of this study show that the overall acceptability of guinea fowl meat by the panellists was good. This is in agreement with the results of Mareko et al. (2006) who found that most of the parameters evaluating meat rankings were over 60 per cent (fair to good), showing that guinea fowl meat can be marketed successfully as one of the meat alternatives. Guinea fowl meat is served as a delicacy. The relatively low fat, cholesterol and sodium content of guinea fowl meat, as well as the higher contents of some vitamins, will be a promising tool in the marketing strategies of this meat type as a healthy food.
Keywords: Guinea fowl; Meat quality; Meat chemical composition; Sensory evaluation[/vc_column_text][/vc_column][/vc_row]