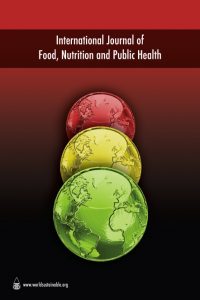 Background: Worldwide HIV/AIDS has created an enormous challenge to the survival of mankind. Since its discovery, the virus has caused serious health disorders that have resulted in lost lives across the African continent. All regions of the world have been affected by the HIV epidemic; sub-Saharan Africa has the largest portion of victims compared to the rest of the world. Ethiopia is one of the sub-Saharan Africa countries that is hard hit by the HIV pandemic. The aim of this study is to assess the five years HIV/AIDS prevalence in Kola Shell.

Methods: Descriptive analysis of the prevalence study was conducted among the study population, which was HIV/AIDS infected individuals registered from September 2012 up to 2016. Secondary data were collected from February to March 2017 at Kola Shell Health Centre. The data were collected using structured data abstraction form. Data were entered into Excel-Windows version 2013 for analysis. All the collected data for each of the five consecutive years were analysed with average and percentage. The study evaluated the prevalence of the disease and the significantly affected age and sex groups. Additionally, the Ethiopian Demographic and Health Survey (EDHS) (2005, 2011) prevalence data were used.

Result: The number of HIV infected individuals was highest in 2015, followed by 2016 and 2014 (25, 22 and 21 respectively). The percentage comparison shows that the female to male ratio of infection was 70:30 from 2012 to 2016. The average number of HIV infections was 5 for males and 13 for females. The majority of the people (57%) that live with the HIV virus were in their productive age (15-49) among both males and females. Type-1 HIV was the most infectious virus, and responsible for the largest number (90.4%) of HIV/AIDS infections and deaths among patients within the adolescent age groups.

Conclusion: This study has shown that the prevalence of HIV/AIDS was more among females than males and common in the productive age groups (15-49). In addition, Type-1 HIV was the most infectious virus.