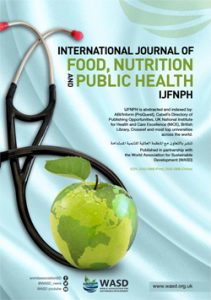 Background: Today, more than ever, the consumption of red and processed meat has been largely proposed as evidence for the development of cancer in humans, especially in those populations consuming a western diet. The determination of this causation, specifically by red or processed meat, is contingent on the identification of plausible mechanisms that lead to the incidence of cancer.

Purpose: To critically appraise current literature underlying the epidemiological relationship of the intake of red and processed meat with the risk of cancer.

Results: The carcinogenicity of red meat intake was reviewed through 16 studies that met the specified inclusion criteria. Most of these studies were designed to examine the role of heterocyclic amines (HCA) and polyaromatic hydrocarbons (PAH) in relation to breast and colon carcinogenesis, haem iron as a promoter of carcinogenesis, and high fat content. Additionally, the role of sodium nitrite, nitrate and N-nitroso compounds (NOCs) and gene mutations were discussed as causative factors in developing the risk of cancer for subjects consuming both red and processed meat. Each study was graded [either 1, 2 or 3] to assess the overall study quality based on a set criterion for grading evidence for cancer prevention from the Third Expert Report of the World Cancer Research Fund (WCRF)/American Institute for Cancer Research (AICR) grading criteria.

Of the sixteen studies included, eight were graded as (1) providing strong evidence to support a convincing relationship, a further seven were graded as (2) supporting a convincing causal relationship but limited in amount or by methodological flaws, and one study was graded (3) as providing insufficient evidence to support a judgement that a particular lifestyle factor relating to diet (i.e., meat consumption) is unlikely to have a substantial casual relationship to cancer.

Conclusions: High meat intake (cooked and processed red meat) may increase the risk of cancer incidence. This is through various hypothesised mechanisms and pathways that have a detrimental effect on the development of the likelihood of cancer. The limitations of the study involve the risk of bias due to constraints, adjustment for confounders and recall bias in dietary assessment. Studies that have supported an association suggest changes in dietary habits with less frequent consumption of red meat; this may be a useful observation for planning a cancer preventative diet in the future.